Entrepreneur Ran Poliakine teams up with Honda unit to help usher in Industry 4.0, the digitalization of the manufacturing proces ... 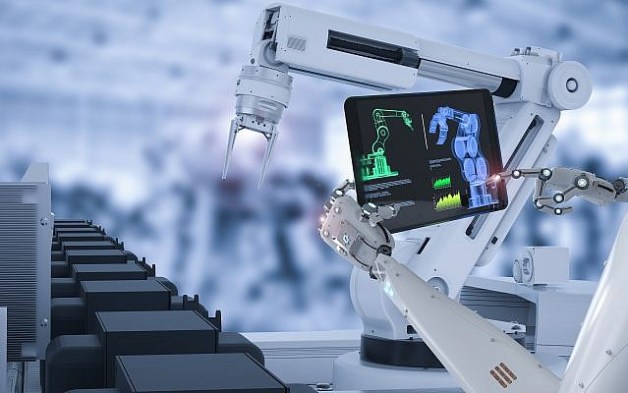 Entrepreneur Ran Poliakine teams up with Honda unit to help usher in Industry 4.0, the digitalization of the manufacturing proces ...

Entrepreneur Ran Poliakine teams up with Honda unit to help usher in Industry 4.0, the digitalization of the manufacturing process

Illustrative image of robots in the manufacturing process (PhonlamaiPhoto; iStock by Getty Images)

Israeli tech entrepreneur Ran Poliakine, the maker of the Powermat wireless charging solution, is teaming up with a unit of Honda Motor Co to bring artificial intelligence technologies to the industrial manufacturing process.

Hiroshi Otsuka, Japanese industry leader and head of Musashi Seimitsu Corporation, partly owned by Honda Motor Co, and Poliakine, who is also the founder of a Jerusalem-based innovation center, said Tuesday they are partnering to develop artificial intelligence technologies for the fourth industrial revolution, or Industry 4.0, which will see the automation and digitalization of the manufacturing process.

Poliakine has founded a number of companies including Illumigyn, which uses advanced imaging technology to develop a device to help gynecologists better identify and treat cervical cancer; Wellsense Technologies, a device to fight bedsores; nanoX Technology; and Powermat Technologies, using a team of experts in the fields of artificial intelligence, engineering, mathematics, and physics.

“We are now taking our expertise” — until now focused mainly on healthcare — to the manufacturing floor, Poliakine said in a phone interview from Toyohashi in Japan, where he is visiting with his team. The aim of the partnership is to bring AI and digitalization to the production line, as mainstream or traditional industry has not yet undergone transformation via AI or digital or optical technologies, he said.

The two firms will initially work on two main projects: developing AI technology-based robots to do quality assurance on production lines, replacing humans in the system; and creating an autonomous, self-driven forklift for the production floor, he said.

“If we are successful the market potential beyond that of Honda is huge,” Poliakine said. “Everyone needs quality assurance and everyone needs a forklift.”

The cooperation and its fruits will be beneficial not only for Musashi but also for “the industry as a whole,” he said.

Musashi organization is a manufacturer of powertrain parts, with more than 30 global manufacturing plants for differential assemblies, transmission gears, camshafts, linkage and suspension parts, among others.

The partnership was announced as a delegation of businesspeople from Japan, the largest and most senior ever, is visiting Israel, headed by Japanese Minister of Economy Hiroshige Seko. The group includes 150 representatives of some 90 firms, including giant corporations like Mitsubishi, Toshiba and Hitachi, Israel’s Ministry of Economy, Trade and Industry said in a statement.

“Industry 4.0 represents the fourth technology revolution and introduces the smart factory: a new world of disruptive innovation that is analogous to the internet revolution and driven by AI where machines are communicating and cooperating with each other and humans in real-time,” said Eli Cohen, Israeli minister of Economy and Industry. “Bringing together the very best of technology and innovation from forward-thinking companies in Israel and Japan enables fast acceleration towards the dawn of this very exciting new technological era.”

Musashi Seimitsu Industry is listed on the Tokyo Stock Exchange with some $2.3 billion revenue, and 16,000 employees in 12 countries.

“In a complex and evolving industry, AI is a key component that will lead us into the future,” said Hiroshi Otsuka in a statement issued by the two parties.

Poliakine said the partnership with the Japanese giant creates an ideal tech collaboration: it allows global tech firms to access Israel’s unique capabilities in AI or optics while Israeli developments get access to the huge market opportunities the foreign partner has access to.

“The addressable market for Industry 4.0 is in the billions of dollars,” he said. “It is a very hot field.”